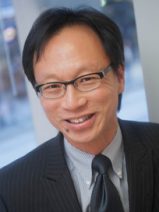 Mr. Woo is a long-time economist and public policy scholar who promotes a closer Canada-China relation in the interests of both countries. He served as the President and CEO of the Asia Pacific Foundation of Canada (APFC) from 2005-14. Besides being a member of China Council at UBC, Mr. Woo is also currently a senior fellow in public policy in the Institute of Asian Research (IAR).